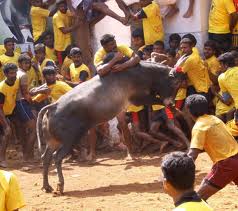 Situated at an elevation of 166 metres above sea level, Alanganallur is one of the popular cities in Madurai district of Tamil Nadu. Moreover, the heritage city is the headquarters for the Alanganallur taluka and revenue block which holds thirty-seven panchayat villages. Jallikattu is considered to be an important festival that is conducted during the Pongal season (middle of January 14th January). Generally, people from all over the world visit the city to watch the thrilling festival. Alanganallur holds some of the popular tourist spots such as Kodaikanal, Kumbakarai falls, Kutladampati and Vaigai dam. Near Alanganallu, there is a small dam named "Sathiyar" in which people use the water sources for irrigation purpose.

Most of the people in this city mainly concentrate on agriculture as they are spread in vast areas around the place. Sugarcane, rice, coconut and plantains are considered to be the major crops grown on the agricultural fields. The nearby villages of Alanganallur include Kalvelipatti ( 2 KM), Alagapuri (4 KM ), Siruvalai ( 5 KM ), Vairavanatham ( 4 KM , Ayyankottai ( 3 KM ) and much more. Apart from this, the heritage town is surrounded by Madurai East Taluk towards South, Tirupparangunram Taluk towards South and Vadipatti Taluk towards west.

Distance between Madurai and Alanganallur

Few reports have estimated that the total distance between Madurai and Alanganallur would be 18 Km (Kilometres) and 350.78 metres. If you are planning to travel by car or any other transport, then the travel duration between the two cities will be about half an hour.

Explore more about Localities in Madurai