Madurai Bench of Madras High Court and Madurai District Court are the two important courts in Madurai. Moreover, the city holds few courts which are incorporated to adjudicate the legal disputes between the legal parties and carry out the administration with the rule of law.

Moreover, the Madurai Bench of Madras High Court was inaugurated by Hon’ble Mr. Justice R.C. Lahoti, Hon’ble Minister of Law and Justice Mr. H.R. Bhardwaj on 24th July 2004. Further, the High Court Bench has jurisdiction over districts of Tirunelveli, Madurai, Ramanathapuram, Pudukkottai, Tiruchirappalli, Karur, Virudhunagar, Sivaganga and so on. The four storied building holds a large number of departments and offices in the High Court Bench. 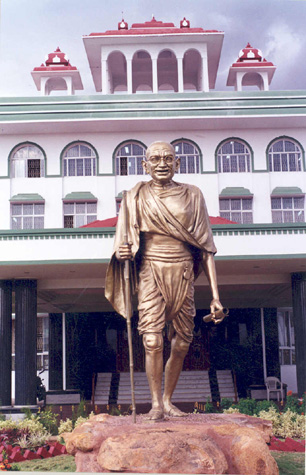 Further, the total plinth area of the building is 15209sq.m which consists of visitor halls, 12 Court Halls, Steno Rooms, Chamber of Honorable Judges, rest room and toilet facilities. All the court halls and chambers have been fully air-conditioned and they have fixed cushion seats for the comfort of the judges. At the entrance of the court, you will find a statue of Mahatma Gandhi which symbolizes the sign of peace and harmony. 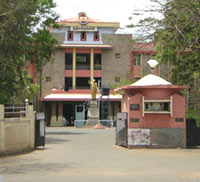 If you are facing any trouble regarding any of the legal issues in the city, then you can visit the District Court and file a complaint against a person or company. After completing the legal and investigation procedure, the court will declare the final judgement to the concerned person.

Explore more about Administration in Madurai