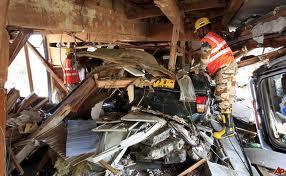 Being the third largest city in Tamil Nadu, Madurai attracts thousands of visitors from all parts of the country. The heritage destination is widely popular for its historical monuments such as Tirumalai Nayak Palace, Meenakshi Amman Temple, Koodal Azhagar Temple and much more. Recently, the city has started to implement various effective techniques to control the disaster in and around the town. Some of the potential disaster threats that occurred in the city include flood, fire and road accidents. Dengue Fever is one of the major diseases that affected the region of Madurai in the year of 2012. With the spread of this disease, thousands of children and people lost their life at an early age.

In order to come out the situation, the government authorities of Madurai has prepared a new “disaster management plan” which focused on medical emergencies, mitigation and prevention methods. It is sure that this disaster management plan will enable the people to face disasters associated with extreme climatic conditions like flood and drought. It is important to know that the government has appointed a special team of authorities to scan the vulnerable areas, detect the results and take immediate action. Further, they have made collaboration with few national and international agencies to protect the people from disaster. 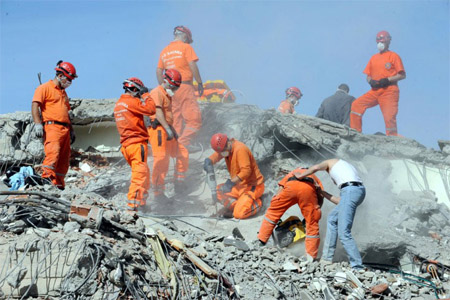 The United Nations Development Programme (UNDP) has recently introduced a “Disaster Management Scheme” in which the affected people will be offered a certain amount of fund to come out of the bad situation. Madurai is one of the cities that have been selected by the UNDP to receive social and welfare funds. The effective plan was implemented to all the 100 wards in the city. Here, the district administration acts as a supporting agency and the Madurai civic body is the implementing agency. One of the best methods to create awareness among the people on disaster is Mock drill and training. This method will definitely help the common people to protect themselves before any kind of disaster. People who are situated near the seashore area should always be aware of the disaster conditions. There are number of security measures taken by the Madurai Municipal Corporation to safeguard the forest area. If you are not aware of the disaster measures in the city, then check out the following detail:

In order to control forest fires, the forest guard authorities have constructed fire stations near the fire prone areas. Generally, these officials are offered fire fighting equipment and other protection cover coats. Recently, the city conducted an analysis of the infrastructure in the city to manage the fire hazards. The report revealed that the city holds a shortage in services and manpower. For this purpose, the National Disaster Management Authority (NDMA) and the Standing Fire Advisory Committee (SFAC) proposed an estimated amount of Rs 111.15 crore to modernise the disaster management in Madurai. Among other facilities, the city was equipped with rapid intervention vehicles, motorcycles with water mist compressed system and advanced rescue tenders.

To protect forests from accidental fires, fire lines are being laid on the peripheries of forest. The forest department has created strong prevention squads to avoid fire accidents. But, the situation becomes dangerous in the summer months as the temperatures soar and the forest land becomes dry making it very sensitive to forest fires. Village forest councils from areas bordering the forests have also been taken into the team to keep an eye on the forest fires and to pass on any important information.

During the period of flood, the Sellur village gets submerged and the people find it hard to come out of the situation. To safeguard the people in those areas, preventive measures have been taken like construction of protection wall and de-silting of the drainage system before the onset of monsoon. Further, the disaster management plan has appointed a team of swimmers to rescue anyone in distress. Added to this, the officials ensures to check whether the channels are kept free from garbage and solid waste as they don’t get choked during the floods. Likewise, temporary encroachments along the channels were also removed.

The effective disaster management plans framed in the city enables to save thousands of human life from natural disasters. Madurai is planning to hold a trained team of 750 strong officials to act swiftly in times of disaster. The team comprises of doctors, health inspectors, paramedical staff, NGO volunteers, NCC students and Red Cross members. Self help group workers would be given training for 15 days concerning the disaster management issues and prevention techniques.