Madurai the cultural hub of Tamil Nadu is a hill bounded city, located on Vaigai river. Aanamalai, Pasumalai and Nagamalai are the familiar hills which surround Madurai city. Madurai is located at 9.93°N 78.12°E.It has an average elevation of 101 meters and is situated in the Eastern Ghats. It is the largest municipal corporation of Tamilnadu. Madurai metropolitan area constitutes the third largest metropolitan area in Tamil Nadu and the 24th in India. The city covers a total area of 22sqkms.The total area is divided into four zones for administration purpose. Madurai is also an important industrial hub of Tamil Nadu. It has developed as a second-tier city for and many Information Technology and  software companies have opened their offices in Madurai. 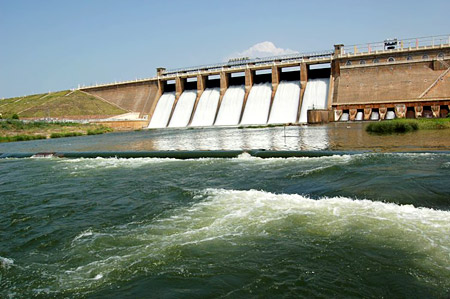 The religion data in 2001 indicated a majority of Hindus with sizeable number of Christians and Muslims. Buddhists, Sikhs and Jains were also present in smaller numbers. Tamil is spoken by most, with the standard dialect of Tamil spoken being the Madurai Tamil dialect. Saurashtrian, another common language in the city, is the mother tongue of the Patnulkarars who migrated from Gujarat in the 16th century CE.

The increase in growth rate to 50 per cent from 1971 to 1981 is due to up gradation of the city to a municipal corporation in 1974 and subsequent inclusion of 13 Panchayats into the corporation limits. The population of Madurai declined between 1981 and 2001 is due to division of Madurai district into Madurai and Dindugal in 1984 and then into Theni district in 1997.