Madurai is also known as ‘Temple town’ is one of the famous religious places in South India. People from different states and countries make it a point to visit Madurai in India at least once in their lifetime.It is the third largest city in Tamil Nadu situated on the banks of the Vaigai River. The city holds temples built by Madurai Nayak and Pandyan Kings in the Dravidan manner of architecture. The Madurai city is famous for other several things and has various names. It is also been referred as Malligai Maanagar - City of Jasmine, Koil Maanagar- Temple City, Naanmada Koodal -  City of Four Junctions, Thoonga Nagaram- City that never sleeps, and Koodal Nagaram- City of Junctions. You can definitely enjoy a lavish splendid trip with your friends and family at Madurai by visiting all ancient monuments, temples and theme park. 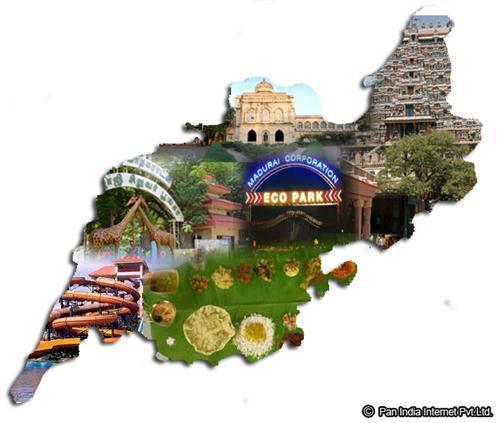 Madurai city holds great mythological history and strong cultural heritage to be conceded to the next future generations.  The commercial centre of Madurai was urbanized in 550 AD. The Madurai city comes under ancient city and it is said to be more than 2000 years old.  Moreover, this city is also known as Lotus City as it is built in the structure of a lotus. In the past century Madurai was ruled by the Pandyan rulers. The visitors can enjoy watching beautiful sculptures in temples constructed during the period of Pandyan rule. People of Madurai worship Lord Shiva.


Places to visit at Madurai 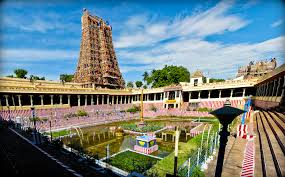 Madurai is the place of both culture and adventure that can be explored while traveling. If you are planning to spend your vacation at Madurai, then there are number of spots and sightseeing is present throughout the city.

Meenakshi Temple: Madurai is vastly famous for Meenakshi Temple.  The size and height of the sculptures in the temple is marvellous, which no visitor miss to visit Meenakshi temple.

Gandhi Museum: This museum is situated in the palace, Rani Mangammal. This is one of the old palaces. The main highlight of Gandhi museum is, there is blood stained clothing of M K Gandhi (Father of our Nation). Tourists interested in freedom struggle and historical details can have a visit at Gandhi Museum.  There is free entrance for this museum.

Vandiyur Mariamman Teppakulam:  This is one of the beautiful sight seeing spot, which most of the visitors would enjoy. Mariamman Teppakulam is the man made pond, where there is a temple in the middle of the pond. This was actually a 16 acre land that was converted into lake, which the water is fed from underground channels of Vaigai River. Hence during the months of November to February, there is water in the lake.

Thirupparankundram: There is an Islamic dargah situated on top of the hill. Tourist from Kerala and Tamil Nadu are frequent visitors of this dargah. It is also said that people visiting Ervadi Dargah situated in Ramanathapuram should visit this dargah.

Kazimar Big Mosque:  This traditional masjid is located at centre of the Madurai City. You can easily reach the destination by just travelling 1 Km from the Madurai railway junction. Another highlight of this mosque is Maqbara Dargah. Maqbara is the name of the famous Madurai hazrat.This dargah is located inside the Kazimar mosque premises.

Gorippalayam Dargah: This dargah is situated on the northern banks of river Vaigai. The graves of two rulers who ruled the north Madurai is located here. If you are on a trip to Madurai make sure to look out for the ancient tamil inscription found on the outer part of the Maqbara of the Goripalayam Dargah Campus.

Vaigai Dam: Vaigai Dam is the biggest dam located on the river Vaigai that is very near to Andipatti. You can enjoy a lavish splendid boating at the reservoir of Vaigai Dam. 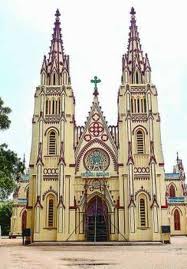 This is one of the oldest Roman Catholic Church situated on the East Velli Street in Madurai. This is actually considered as the best tourist spot due to its architecture, which is completely built in Continental and European style. Click here for churches in Madurai

Other temples in Madurai

As the name implies, ‘Temple town”, the city holds number of temples and worship places. Some of the famous temples in Madurai are,

Alagar Temple (20 kilometres away from the Madurai City)

These temples are located in main prime location, where travelling would be really easy. You can either travel by car or bus, which you could reach the exact location at a very short time.

This theme park is the best spot to play and enjoy, which is just 15 kilometre from the city. Moreover, Adhisyam is the largest water theme park in Madurai that is the doorway to unwind and relax.

If you are planning for a rejuvenation or devotional or medical tourism trip, Madurai is the only best place in India that you could find all your needs. Plan your trip with your tourist agent in advance to avoid any confusion while you travel.