Located on the banks of Vaigai River, the city holds number of famous religious places. It serves as the best sacred city of South India. The popular mosques of Madurai city are Kazimar big mosque, Goripalayam mosque and Thiruparankundram dargah. These majids remains as an ancient monuments of the city.

Kazimar big masjid is also referred as Kazimar Periya Pallivasal. This beautiful famous mosque is located at the centre of the Madurai city. If you are planning to visit you can easily travel from Periyar bus stand (central) that would be just 500 meters distance to Kazimar big mosque. It is almost a walkable distance that you can reach in few minutes. Moreover, if you are travelling from Meenakshi temple the distance would be just 800 meters and it is just 1 kilometer from the Madurai Junction. This was the first place of worship for Muslims in Madurai that was constructed by Hazrat Kazi Syed Tajudeen from Oman. He received the land from the Pandyam King, Kulasekara Ku (n) Pandyan who was at reign during the 13th century period. Kazimar mosque can accommodate around 2500 members. 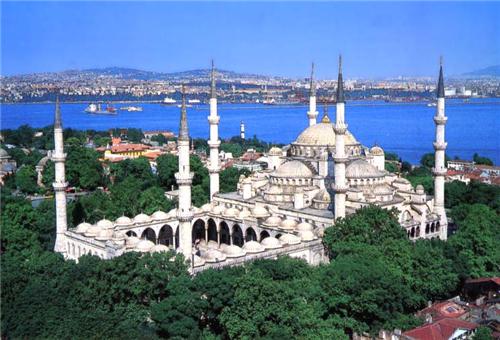 Inside the Kazimar big mosque premises, there is dargah of Hazrat Syed Abdus Salaam Ibrahim Rahmatullahi Alaihim, Hazrat Meer Amjad Ibrahim and Hazrat Meer Ahamad Ibrahim who were famous Madurai Hazrats and descendants of prophet Muhammad. There is also a Arabi Madrasah located just inside the masjid campus that teaches basic Arabic for around 75 students.

You may think what a masjid that is the place of worship for Muslim community can attract tourists. But the speciality of this Kazimar big mosque is, in its subsistence for 750 years the mosque has attained monumental status and serves as one of the milestones of Madurai.

Thiruparankundram Dargah is one of the famous dargahs in Madurai situated at the peak of the Thiruparankundram hill. It consists of a grave of the Saint Hazrat Sultan Sikandar Badushah Shaheed Razi.

Apart from the religious tourists, people from other religion and tourists visiting Ervadi Dargah make it a point to visit Thiruparankundram Dargah. There are regular visitors especially from the south part (i.e.) Kerala and Tamil Nadu to this dargah. It is said that people who visit this dargah with a wish would be answered at a very short period of time. So he is very popularly called as ‘saint whose desires are instantly responded by Allah’.

The Urus Santhanakoodu festival of Thiruparankundram Dargah takes place on 17th of Rajab (Islamic month) every Hijri year. Thousands of people throng the dargah located at the Thiruparankundram hill top on that occasion.

Food and accommodation: There are also budget rooms and hotels available near the Thiruparankundram Dargah. The rooms are available from Rs 495 onwards.

Goripalayam Mosque consists of two tombs (graves) of Delhi sultans who were the rulers and Muslim Saints of Madurai namely Hazrat Khaja Syed Sulthan Shamsuddin and Hazrat Khaja Syed Sultan Alauddin Badusha razi. Situated on the northern pool of River Vaigai, Goripalayam Mosque is the big mosque in Goripalayam, Madurai City. It is also said that this mosque was constructed by Thirumalai Nayak for his Muslim issues. The best attractive feature of Goripalayam Dargah is the two tombs situated alongside with a dome. Moreover, the dome is fabricated by a single part of stone. There is Tamil inscription seen at the entrance of the dargah, which clearly proves that that the Goripalayam mosque has been there since 13th century.

If you are planning to visit Goripalayam Dargah, it is best to visit during the Urs festival. Lot of devotees and tourists visit the dargah and it is celebrated during the Islamic month – Rabi-al-awwal 15th night every Hijri calendar.

How to reach: If you are travelling from Madurai junction, then it would be just 2.4 kilometers to reach the Goripalayam mosque. You can either go by taxi or by walk. Taxi agents would charge around Rs 65, which you can reach the place in 10 minutes. If you are planning for a stiff walk, it may take around 35-40 minutes to reach the place.