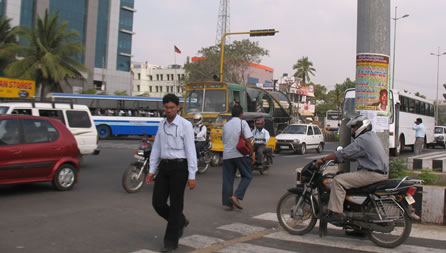 One of the major cities of Tamil Nadu, Madurai is nestled on the productive basin of the Vaigai River. This beautiful town serves as the governmental headquarters of the district in the South Indian state of Tamil Nadu. Moreover, the heritage city is well connected through various modes of transport such as road, rail and air. The well developed transport facility developed in the city enables to connect the southern districts to north districts of Tamil Nadu. It is important to know that the temple city is crowded with great floating population during the busy hours. In order to reduce the heavy traffic, the Madurai Police Department has incorporated effective plans and programs in the city.

People from all over the country visit the destination to acquire medical, education, shopping, tourism, official purpose, marketing, cargo and much more. Now, let us have a quick look at some of the mode of transport available in Madurai:

Types of Transport in Madurai

The Madurai Municipal Corporation has developed proper road transport facilities for the convenience of the public. Various modes of local transport such as auto rickshaws, government operated city buses, mini-buses and taxis are operated in prime areas of the city. If you are planning to move into the city easily, then auto rickshaws would be the best choice to cover short distances. Here, the auto drivers don’t fix the metres and it is essential for the travelers to mention the price before getting into the vehicle. Few records has estimated that there around 12,754 auto rickshaws (three-wheeled vehicles) running in the busy city. You can also avail the taxi services which will be available at all the corners of the city. They enable to reach the destination within a short span of time. 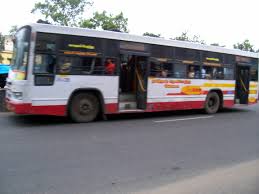 It is believed that the major cities of the district are well connected by Madurai City Bus Service. Travelers can avail the city bus services during the day time and the bus operators ensure to offer comfortable journey with LED displays. For the comfort of travelers, the city has established many bus stands such as Madurai Integrated Bus Terminus (Mattuthavani), Anuppanadi bus stand (Madurai East), Anuppanadi bus stand (Madurai East), Thiruparakundram (Madurai suburb) and much more. Additionally, the city holds two important mofussil bus terminus that include MIBT (Mattuthavani Bus Terminus) and Aarapalayam Bus Terminus. Known as the headquarters of the Tamil Nadu State Transport Corporation, Madurai offers inter-city and local bus services for districts of Dindigul, Theni, Madurai and Virudhunagar. 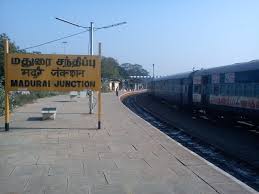 he Madurai Railway Junction is considered to be the popular railway junction in southern Tamil Nadu. Moreover, the railway station contributes highest revenue to the government after the Chennai division. Madurai Railway Junction (Passenger Handling) and Koodal Nagar Railway Station (Goods Handling) are the two terminals of the Madurai district. Usually, the temple city has a number of direct trains from Madurai to various destinations such as Mumbai, Chennai, New Delhi, Coimbatore, Kanyakumari, Thanjavur, Calcutta, Nagpur, Bhopal, Rameswaram and much more. Added to this, the district offers connectivity options to all the major cities and towns across India. In 2011, the state government announced the Mono Rail project which is in planning stage. If you are traveling from Chennai by train, then it would take around 8-10 hours to reach Madurai. The railway lines of Madurai Junction are explained in the following:

The railway stations in and around the city include:

One of the most important landmarks in the city is the Madurai Airport that is located just 12 kms from the Madurai Railway Station. Established in 1956, the airport is one of the fourth biggest airports in the state of Tamil Nadu. They offer domestic and international flight services to various major cities of the world. Some of the flights that operate in the Madurai Airport include Jet Airways, Spice Jet, Kingfisher Airlines, Air India, Mihin Lanka and so on. Currently, the city houses two adjacent terminals that are been used for international and domestic purposes. People who are planning to visit the other cities near Madurai can also get into the Tiruchirappalli International Airport which is located in Trichy.